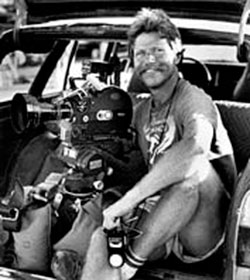 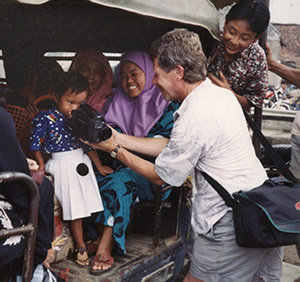 David L. Brown is a three-time Emmy Award-winning San Francisco documentary filmmaker / producer, who has produced, written and directed over 80 productions and 16 broadcast documentaries on social, nuclear, health, technology, peace and environmental issues. His documentaries have received over 80 international awards and have been broadcast on PBS and in 15 countries.

His recent work as director/producer includes KEEPER OF THE BEAT: A WOMAN’S JOURNEY INTO THE HEART OF DRUMMING, an hour-long documentary on the life and music of acclaimed and pioneering drummer, Barbara Borden. It was awarded the Runner-Up for the Audience Award for Best Documentary at the 2013 Mill Valley Film Festival. National PBS broadcast in 2017.

A SPAN IN TIME, a half-hour documentary that tells the dramatic and entertaining story of the 2007 Labor Day weekend construction project on the San Francisco Bay Bridge, with the now-legendary C.C. Myers at the contractor. Hilarious Emmy-winning cartoon animation (Emmy for Outstanding Graphics and Animation in a Program) introduces the soon-to-be-legendary TV anchor, Max Tabloid, who reports on the story as it unfolds on the screen. National PBS broadcast, 2009.

AMAZING: THE REBUILDING OF THE MACARTHUR MAZE, another recent project, is a Emmy-nominated, half-hour documentary on the collapse and speedy rebuilding of Oakland’s MacArthur Maze. National PBS broadcast, 2010.

Other films include THE BRIDGE SO FAR – A SUSPENSE STORY, a 55-minute comedic documentary on the wild and troubled 16-year history of the new San Francisco-Oakland Bay Bridge, which won two Emmy Awards in 2007, (Best Documentary and Best Graphics and Animation).

OF WIND AND WAVES: THE LIFE OF WOODY BROWN, a feature-length documentary on 94-year old surfing, sailing and soaring legend Woody Brown, which received an Emmy nomination for Best Documentary. 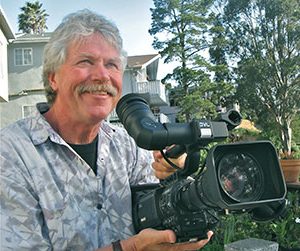 and aired by LinkTV.

SENIORS FOR PEACE, a 26-minute portrait of an articulate and impassioned group of senior peace activists that aired on PBS in 2004.

SURFING FOR LIFE (1999), an inspirational documentary (68- and 57-min. versions) on older surfers as models of healthy and successful aging. SURFING FOR LIFE screened theatrically in 40 cities, was broadcast on over 130 PBS stations, won 15 international awards and was profiled in The New York Times Magazine, Parade Magazine, on National Public Radio and ABC’s World News Tonight with Peter Jennings. The San Francisco Chronicle called it “a treasure, perhaps the most intelligent treatment of surfing ever captured on film.”

Before discovering older surfers, Brown produced BOUND BY THE WIND (1993), a moving documentary (88-, 58- and 40-min. versions) on the global human and environmental legacy of nuclear weapons testing and the plight of the world’s “downwinders.” It has won 20 international awards including a CINE Golden Eagle, a Blue Ribbon at the American Film and Video Festival and a Golden Gate Award for Best Environmental Documentary at the San Francisco International Film Festival. It has been broadcast on PBS, in Canada (CBC), Japan (NHK), France (Canal+), Spain and several other countries. The Boston Globe called it “far and away the best film on the nuclear legacy.” BOUND BY THE WIND was the culmination of Brown’s 13 years of filmmaking with a primary focus on nuclear and environmental issues.

Brown’s other recent productions as Producer / Director include: 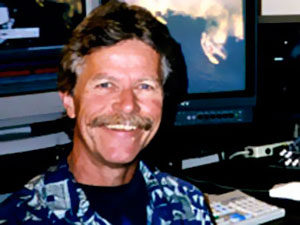 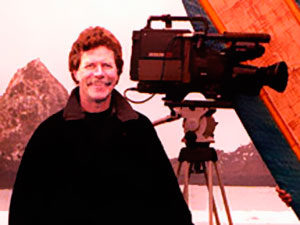 Brown works in the film and television industry as a freelance producer, director, editor, cameraman, assistant director and production manager. He has over 100 credits on features, commercials, music videos and documentaries. He has shot television news for CBS, NBC, the BBC and others, and has produced and directed several multicam projects for Greenpeace U.S.A. He teaches Documentary Filmmaking at CCSF and has taught at U.C. Berkeley Extension, and San Francisco Film Society.See Teaching Resume.

Current projects in production include SETTING THE WORD ON FIRE, an hour-long documentary-in-progress exploring the life and work of activist poet Alejandro Murguia, a writer passionately involved with the social justice struggles of his times.